I agreed to lead my first design project somewhat naively. After witnessing Senior Designers do it without breaking a sweat, it would be simple right? Wrong! I think my naivety stemmed from the cool calm exteriors of managers past (a skill I later learned was cultivated from years of practice). Their ‘behind the scenes work’ made it hard to grasp how much effort was put in to making my life as a team member so easy. After being given the opportunity to lead, I quickly understood there was a lot more to leading than I had initially perceived.

Don’t be afraid to delegate

As Julie Zhou defines it in her book, ‘The Making of a Manager’, delegation is the “art of knowing when to dive in yourself and when to step back and entrust others.” For me it was a mix of this and the uncomfortable feeling of telling people what to do. In a work environment, especially when roles change, it can be difficult to adjust to new team dynamics. It feels awkward telling a co-worker what work needs to get done on a project and how that work should be split between the team.

This resulted in me taking on the majority of work, in an effort to avoid difficult conversations and also prove that I was willing to work just as hard regardless of the roles in the team. This didn’t last long. I began to burn out trying to do everything myself and my teammates felt bored with the lack of engagement they had in the project. As a Senior Designer told me, delegation is important as it gives you time to Lead the project.

• You are not dumping your work onto someone else, but you are sharing the load amongst everyone

Think before you say yes

There are two words that I need to stop saying so much; yes, and I’m sorry (I’m sorry that was three words!). Saying yes as a project lead, may satisfy your client and your team in the moment, but could jeopardise long term outcomes. This could be seen on two occasions during the project.

As user interviews came to an end, a client suggested another candidate whom we should speak to. The user seemed pretty keen and at this stage any additional data points would be good right? What I did not account for was the ripple on effects this would have on the timeline. I was looking at the isolated interview and did not consider the preparation and synthesis that bookended the interview. This resulted in multiple early mornings and late nights for me, with limited unique insights acquired.

The second occasion was when a new intern asked for an opportunity to lead a user interview. I was hesitant but remembered when I began my design career and the importance of being exposed to these areas. Yet again, I agreed, and the wave of additional work crashed on top of me. On-boarding someone onto all the digital platforms or remote interviews, conducting practice sessions, taking time prior to the interview to set up and then feedback after it. It was a great experience, however, with a tight timeline and a client presentation looming ahead it added stress and pressure to the team and took away from the learning opportunity this could have been for the new designer.

• Ask yourself, ‘what else will need to be done to complete this task?’ And ‘Does this fit in the current timeline?’

• Clarify what the priority is.

• If an opportunity cannot be given at the time, mark it and schedule it for another time.

While leading my first project, I asked a senior designer if I could come to her with questions or for advice. It was great to have a second set of eyes on a problem and someone who had the experience with the team to give me additional perspective.

This support system beneficial in two parts; firstly, I was able to get candid feedback and recommendations from a senior, experienced designer. Secondly, I developed a better relationship with this team member and since the project has ended, I still come to her for support and advice.

• Prior to the project starting, ask a senior team member if they could mentor your during the project.

• Formalise it by setting up weekly or fortnightly catch ups (this can be a coffee in the morning or something more formal, it depends on your relationship)

• Be clear on the type of feedback or support you would like.

There is a lot more to leading a project than I originally thought. You need to have time to think a few steps ahead, watch your optimism bias, be open to feedback and be willing to shift how you work. Most importantly you need to be able to do this while ensuring your team feel supported and reassured. As Scott Bond wrote, “Flight attendants, just like good leaders are supposed to stay calm and be the face of positivity even while chaos may be happening.” As my Senior Designers have done in the past, it is important to keep that cool, calm exterior to ensure that your team can work effectively and feel safe to do so in the environment that you as the lead are creating. 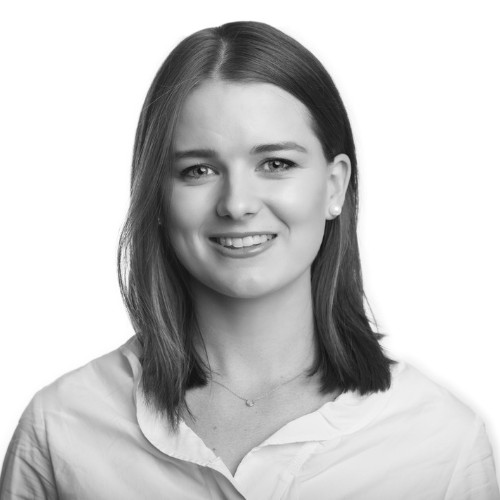 Article
From teacher to ux...
Irene Tong, 31 Mar 21
From teacher to ux…
It has been three years since I made the decision to switch careers from teaching high school education to UX Design. Do I miss teaching? Yes.
Read more
Video
Hybrid Events
Adam Faulkner, 31 Mar 21
Running a Hybrid Event
Learn how to run an successful Microsoft Teams, Zoom or Google Hangouts webinar.
Go to video
Video
User Research, Remote Interview
Nura Lim, 18 Nov 20
Remote Research Tools
blueegg Designer Nura Lim recently put together a list of tools that we have used over 2020 to help better facilitate research.
Go to video
Article
Do Not Be Afraid of Taking Your Design from UX to UI
Nura Lim, 01 Sep 20
Do Not Be Afraid of Taking Your Design from UX to UI
For the past one and a half years, I've worked as...
Read more
Article
Experience Design, User Research
Nura Lim, 09 Aug 20
Transitioning from Marketing to UX Design
It's been a rough few weeks and we are surrounded by the ongoing uncertainty. I've recently been saying to others...
Read more